Thomas and Friends MINIS Wiki
Register
Don't have an account?
Sign In
Advertisement
in: Engines, Monster, 2017,
and 2 more

108
Invisible Henry is an engine in the Monster theme. It features a clear transparent Henry as The Invisible Man wearing bandages and sunglasses on his face. 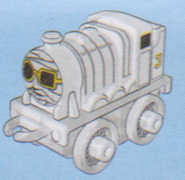 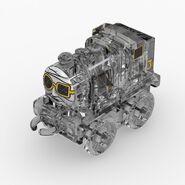