Percy Launcher is an item in the Launchers series. It features an engine launcher shaped as Percy which can store an engine, and features a built-in clip on the back lever for portability. When the button on the side is pressed on a flat surface, it can launch the included Launcher Percy out of the track ramp door. 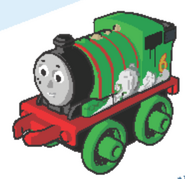 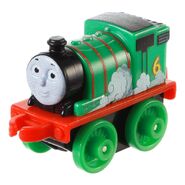 Box
Add a photo to this gallery
Retrieved from "https://thomasminis.fandom.com/wiki/Percy_Launcher?oldid=21430"
Community content is available under CC-BY-SA unless otherwise noted.