Thomas and Friends MINIS is a toy range made by Fisher-Price introduced in 2015. The range features small four-wheeled vehicles made in a variety of themes. The vehicles have couplings to join to each other. They are sold in annual assortments of blind bags and multi-packs. The range also features licensed themes. 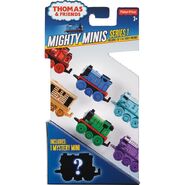 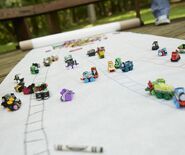 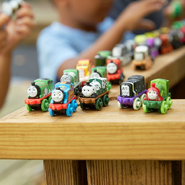 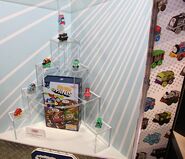 Basketball Dunk Contest with Thomas and Friends MINIS
Add a photo to this gallery
Retrieved from "https://thomasminis.fandom.com/wiki/Thomas_and_Friends_MINIS?oldid=22456"
Community content is available under CC-BY-SA unless otherwise noted.